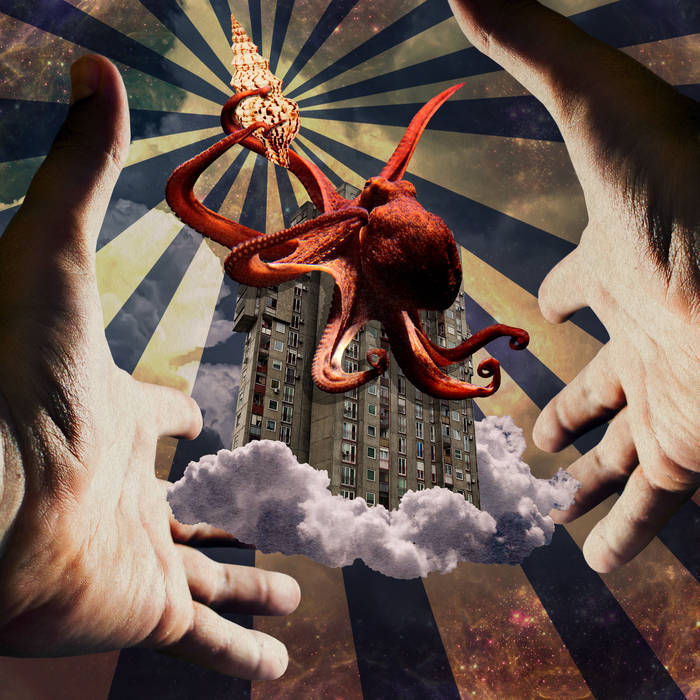 We would like to thank Dave and Kev at BSM, John Niblock at Atonal, Aislinn and everyone at Victory, all the crew at Collision Devices,
everyone at Ashdown/Hayden, Kirk Hovland at Hovland Handcrafted Drums for the incredible support, John Simm, Felipe at OldBox Ribbon Mics,
Lee and the gang at Sort, James, Si and Goc at ATG, Evelyn for giving us the gift of cello, Katie for bringing our record to life, Harriet for her brilliant imagination,
Ben Murray for the heft out front, the briliant people who have supported Trapdoor Studios and helped it exist,
Everyone that has ever listened to, watched us or otherwise supported AMTP for the last 11 years.

Ben would like to thank: Jocelyn- my utterly brilliant and bonkers daughter, my friends and family, Lucy for her constant support,
Tom and Greg for putting up with me, Lew and Paul from Death Blooms for the bass head loan and everyone’s who’s ever come along to a show or bought a record.

Greg would like to thank: My beautiful Claire, my lil´ Dylan, Mum and Steve, Dad and Sue. The Harts, The Beautements, The Norris clan and the rest of The Chapmans,
Mike and Kay Bez, Andy and Adam at ADC Drums, Priscilla the cat, Dan LB. My eternal gratefulness for the other two idiots in the band, always. Keep the Faith. x

This record is for Dan, our fallen brother and best friend. Without him, this record wouldn’t exist. Where ever you are bud, we love you, we miss you - never stop pulling those stink faces.


Alpha Male Tea Party, with their effervescent, sprightly buoyant riffs have always had a reputation as the party animals of the math-rock scene. But what happens when the world stops and the realities of life and death come into sobering reality? Infinity Stare, the 4th album under the tongue-in-cheek moniker, is the result of life’s trials and tribulations catching up on the band. ... more

Bandcamp Daily  your guide to the world of Bandcamp

Featuring appearances from Kari Faux, Bluestaeb and and interview with NY-bred artist Wiki